The Junior Ardersier and Petty Environmental Society (J.A.P.E.S.) was established in 1999, as a subgroup of the Ardersier and Petty Environmental Society (A.P.E.S.). J.A.P.E.S. is an environmental group for children aged from P1 to P3. Its aim is to help children learn about their local environment, and to have fun while doing so. Recent activities and topics have included nocturnal animals, the Moray Firth, and weather systems. While covering these topics, the children have participated in a bat walk and helped plant kidney vetch on Ardersier Common for our very own, very rare, small blue butterfly. J.A.P.E.S. members have also help beautify the entrance to the village of Ardersier, participating in the creation of a bird panel information board, and preparing and planting bedding plants in a decorative boat which is located at the Tigh na Mara picnic area. We typically meet at least once a month, though meetings can occur more often, depending on activities and topics. We also have a biodiversity garden on Macleod Organics farm, where we have over the years planted a wide range of fruit and vegetables that the children have enjoyed caring for and harvesting. J.A.P.E.S. is run by a group of committed volunteer adult helpers, led by chairperson Dawn Mackenzie. 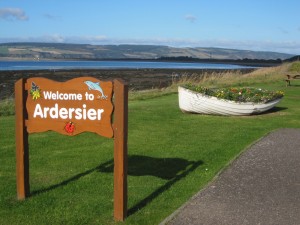 Recently we have created the Senior Ardersier and Petty Environmental Society (S.A.P.E.S.), which is aimed at children aged from P4. S.A.P.E.S. members participated in more age-related topics and activities, including a topic on sheep during which members learned to spin and dye wool. S.A.P.E.S members have also been involved with the beautification of the entrance to Ardersier, helping to install a welcome sign, and digging out and planting a garden bed under the dolphin sculpture which is located on the shoreline on Stuart Street. They have also participated in maintenance work on the biodiversity garden.

We try to incorporate trips wherever possible within our topics. In addition to the bat walk in Nairn, recent outings included a trip to Abriachan, where the children carried out a crime investigation during which they had to determine which animal had committed a heinous crime, using GPS to help solve the mystery. Other trips include a visit to the Highland Print Studio, where the children got to grips with an old-fashioned printing press, and also a trip to the Connage farm, where S.A.P.E.S. members were able to get up close to some sheep and have a go at the craft of felting. 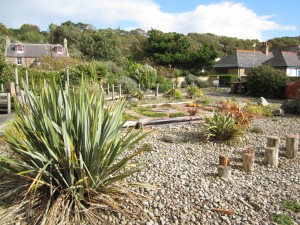 In 2004, J.A.P.E.S. with the help of the BBC Beechgrove Garden, created the Community Pocket Garden at Ardersier, which we have maintained ever since. This year marks the 10th anniversary of the Pocket Garden, and J.A.P.E.S. and S.A.P.E.S. will be celebrating the event on Saturday 21 June. All are welcome to join us!